Our CellProfiler software has yielded discoveries in several translational projects, some of which have had a direct impact on the treatment of disease. For example, CellProfiler has been used to identify several small molecules that are effective in treating particular diseases in mouse models. In some cases, discoveries made using CellProfiler have even led to planning clinical trials in humans, which could directly improve patient outcomes. Here we highlight instances that have come to our attention. Please let us know if you are aware of others! See also: citations 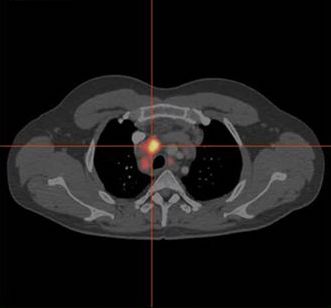 CellProfiler is being used to guide treatment decisions in a clinical trial for various types of leukemias and lymphomas. Cancer cells were collected from patients whose aggressive cancers had relapsed after conventional treatments. Cells were then treated with a panel of approved drugs and each patient was given one or more of the drugs that was most effective at killing their particular cancer cells, as judged by CellProfiler analysis of cell images. Involving a large collaboration across Vienna and Switzerland, this is the first precision medicine trial in leukemia/lymphoma that used microscopy-based functional screening. 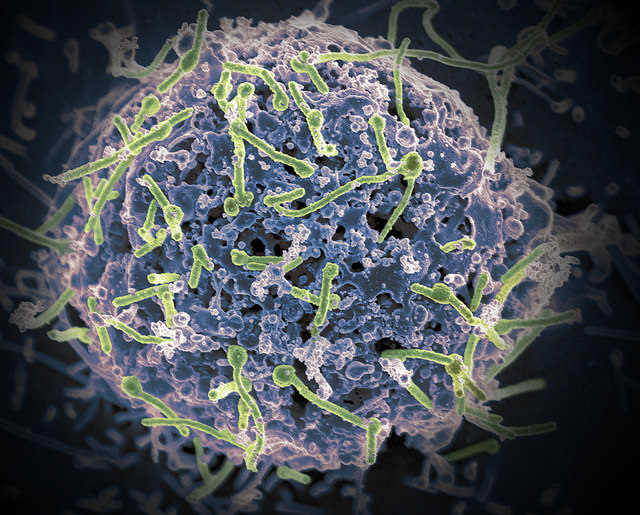 The 2014 outbreak of the Ebola virus in West Africa has claimed the lives of over 8,600 people worldwide; the disease currently has no approved cure or vaccine. CellProfiler was used to identify therapeutic targets within host human macrophages capable of halting infection by inhibiting viral uptake via cell surface proteins and endosomal trafficking. 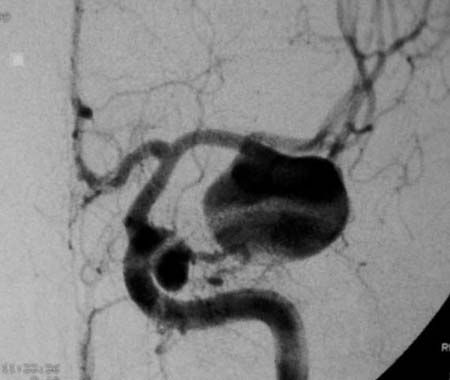 Researchers at the University of Utah used CellProfiler to identify image-based phenotypes associated with a monogenic rare disease, the hereditary stroke syndrome cerebral cavernous malformation (CCM). They then identified known drugs that could reverse the phenotype and demonstrated efficacy in a mouse model of CCM disease. This led to the launching of Recursion Pharmaceuticals,  which is pursuing a clinical trial for a compound to treat CCM, which has no currently approved therapy. The company is using a similar approach to identify compounds to target other diseases. 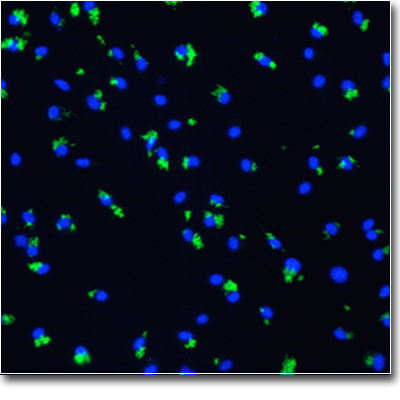 Tuberculosis (TB) is a disease of global concern due in part to increasingly antibiotic-resistant bacteria. CellProfiler was used in a high-throughput screen of bioactive small molecules to identify those that inhibited growth of Mycobacterium tuberculosis (Mtb) within host cells by targeting host functions and pathways. Notably, among the identified effective compounds were fluoxetine (commonly known as Prozac) and gefitinib, used clinically for treating depression and cancer, respectively. Gefitinib was subsequently demonstrated to reduce Mtb growth in the lungs of infected mice. In addition to identifying new pathways likely to be relevant for TB pathogenesis, this work demonstrated that targeting the host may be a viable adjunctive approach for treating TB. 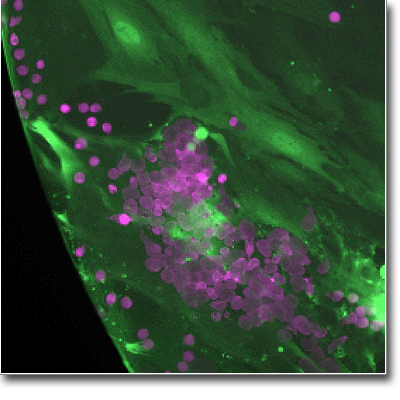 Cancer treatments directed towards leukemia can often fail due to the survival of leukemic stem cells (LSCs) in the bone marrow. The researchers screened 14,000 compounds in an unusually complex and physiologically relevant in vitro co-culture system involving bone marrow stromal cells and primary LSC-enriched cells. CellProfiler was used together with the machine-learning capabilities of CellProfiler Analyst to find compounds that inhibit LSC growth but do not affect normal hematopoietic stem cells. One of the identified compounds was lovastatin, a drug commonly used to treat high cholesterol. It inhibited LSC growth in the co-culture system, as well as extended the survival of mice with lovastatin-treated leukemic bone marrow cells. 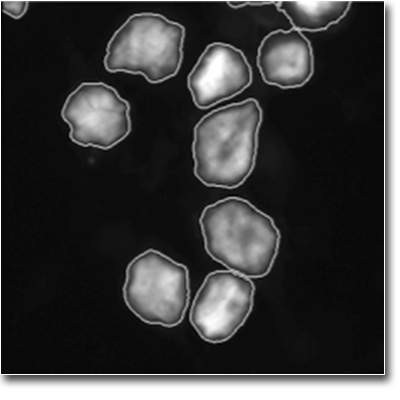 CellProfiler helped to identify novel compounds that may lead to potential treatments for a form of leukemia involving human megakaryocytes (AMKL). Most cancer treatments work by targeting cancer cells for death as compared to normal cells. By contrast, the goal here was to search for drugs that can induce polyploidy, which restrains the cancerous cells’ uncontrolled growth by causing them to differentiate into a terminal state. Over 200 polyploidization regulators were identified from a 10,000 compound screen. One hit in particular, dimethylfasudil, a broad kinase inhibitor of Aurora kinase A, also succeeded in inducing polyploidy in an AMKL mouse model. The team turned its attention to the Aurora-A inhibitor Alisertib which is already under clinical investigation for a variety of tumors. Follow-up work by the Crispino lab extends the potential utility of Aurora-A inhibitors to primary myelofibrosis.